The 3’s Are Going Down Under 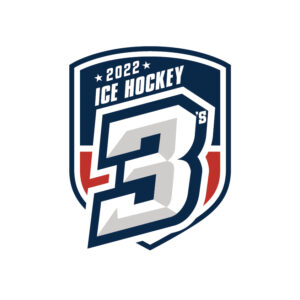 Toronto, Canada – Kerry Goulet, Host of Gouche Live on the Hockey News Network and Global Director of the Ice Hockey Classic and StopConcussions has teamed with former NHL players Keith Primeau and Kyle Quincey to create the coolest and fastest sport on ice, the 3’s.

The Ice Hockey Classic has been a staple in Australia and New Zealand since 2011 and now the pandemic has helped creat a new version of the game….The Ice Hockey 3’s!

The “3’s” is designed to deliver ice hockey like it has never before done before. The NHL adopted 3 on 3 overtime in 2015 to increase the excitement of the game and show fans the speed, the skill, the score of the game and it delivered! This part of a traditional game has become the most exciting part outside of playoff hockey.

The game will utilize the full ice surface and teams will be made up of an eleven-man rosters (9 skaters and 1 goaltender). The end-to-end action created by the speed and skill of the players will be second to none. Rugby developed the Rugby Sevens to speed up the game and add another element to it, creating a more fan engagement and exciting pace. Ice Hockey is already a high paced game and the “3’s” will elevate it to the next level.

This summer in North America a group known as 3ICE, headed up by EJ Johnson, son of former hockey goalie Ed Johnson and Hockey Hall of Famer, Craig Patrick have confirmed a three-on-three pro league starting June 18, 2022 at Orleans Arena in Las Vegas. It will have six teams for its inaugural season and feature HHOF coaches, present and former NHL players and players from all leagues.

“What will be the most exciting part of this series is going to be the skill, the speed, the creativity, the tic-tac-toe passing and goal scoring. We will make it a celebration of the game and create a totally fan experience throughout the event. There will be a fan festival, interactive games, meet and greets and after parties at all venues.” Expresses Goulet. “After two years of being restricted we want every minute to be action packed and truly enjoyable.”

The specific details are still in the planning stage but the games will have no penalties, just penalty shots, no long intermissions just a flood, no breaks between games, just action and the true Americana sporting atmosphere!