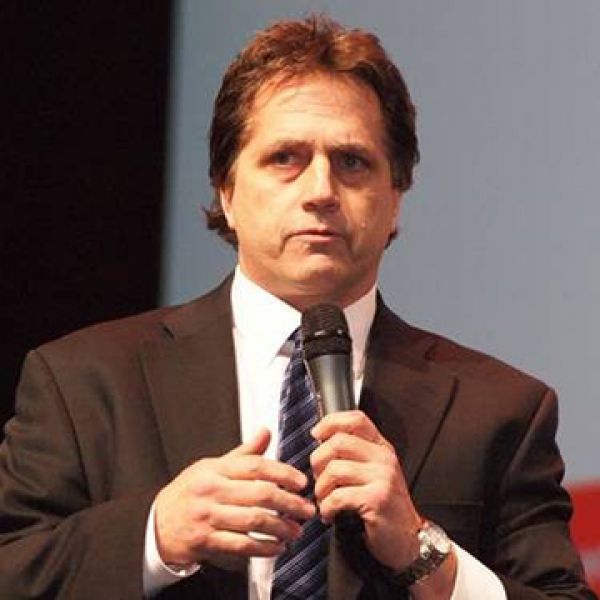 Now residing in Toronto, Kerry Goulet was born and raised in Winnipeg, and it was there that he starred in junior hockey and later in ballhockey. His Winnipeg Grasshoppers represented Manitoba in 8 national ballhockey championships, collecting the title in 1985. In 2006, Kerry was inducted into the Canadian Ball Hockey Association's Hall of Fame. He credits his experience with Hockey Manitoba and ballhockey with assisting in honing his skills for a successful international ice hockey career that saw him spend 16 seasons as a player, coach and general manager with six different teams in the German 1st, 2nd and 3rd Division. Known in Germany as 'Mr. Eishockey,' his 1997 points collected in 505 games earned Goulet the honour of having his jersey (#29) retired by the Timmendorfer Eisbars along with fellow Winnipegger Mark MacKay. At the age of 52, he was asked back to his old club in Germany attempt to collect 2000 points….which he did with a 5-3 win contributing a goal and two assists. Kerry's coaching record was also sensational, with 312 wins in 452 games.

Kerry has dedicated much of his off ice energy to charitable causes, with his main focus on concussions and spinal cord injuries in sport. His motivation behind the cause comes from his former hockey and ballhockey teammates, Robert Vielfaure who suffered a broken neck, leaving him a quadriplegic.

One of the lessons learned by Robert's plight Goulet recalls was, "It is not what you collect along your journey…championships, scoring races, trophies, money, cars…. but what you give back, that will be your legacy." A motto Kerry has adopted in his everyday life post being on on the ice.

Goulet is one of the founders of StopConcussions, along with Keith Primeau, former captain of the Philadelphia Flyers as well as being co-chairmen of the Shoot for a Cure campaign. As Global Director of StopConcussions, Goulet formed an alliance with Barry Munro of the Canadian and American Spinal Research Organization to re-launch "Shoot for a Cure". The campaign aims to educate coaches, trainers, parents and athletes about the cause, effects and consequences of neurotrama injuries.
Goulet suffered three documented concussions while playing, he personally realizes the challenges of coping in the darkness of this injury. As such, another new initiative being planned is "Concussed". The mission statement for CONNECTED is to do just that, connect. The initiative will help bring attention to this very prevalent and important issue. Mental health is one of our biggest health concerns today as it is a natural progression from neurological injuries.

Goulet has also helped develop, along with Malcolm Sutherland, a new prevention platform known as Safe4Sports which was launched in April 2018 at the Hockey Hall of Fame in Toronto. The Safe4Sports Prevention Program has since been adopted by the German Ice Hockey Federation as well as Ice Hockey Australia and StopConcussions will help set protocols and management procedures for injury and player safety.

While traveling the world on the mission to stop concussions and spinal cord injuries, Goulet has created a very special hockey event in Australia. The Australian Ice Hockey Classic, featuring hockey powerhouses Canada and USA, has been developed to help grow ice hockey around the world and support StopConcussions and the Shoot for a Cure campaign. The 2016 Classic saw Wayne Gretzky attend as an ambassador and former/present NHL players have skated for their respective country such as Brent Burns, Scott Darling, Kyle Quincey, Ian Cole, Adam Cracknell, Bryce Salvador, Scott Hannan and many others.

Kerry has been an instrumental part in bringing the Ice Factor program from Adelaide, Australia to Edmonton, Canada.  The Kaurna Boomerangs will be able to participate in local events, hockey and so much more. The Kaurna Boomerangs program targets teenagers at risk through mentoring and offering them a choice that they otherwise haven't had rather than the streets or crime. 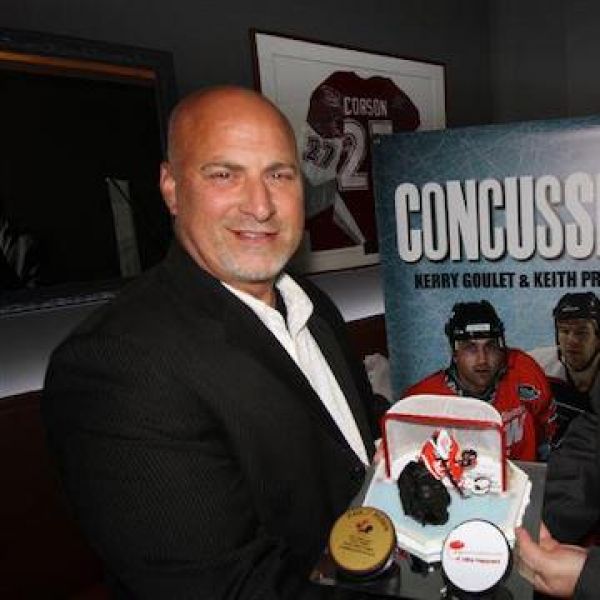 Paul Rosen played on amateur hockey teams during his teens and 20s. He sustained a leg injury during a hockey game as a youth. The resulting damage, infections and pain to his leg plagued him for years until his lower leg was amputated at age 39. Rosen mastered the game of para hockey, becoming goalie for Canada's national team from 2000 until he retired just after the Vancouver Paralympics in 2010, at age 50. He was a member of the 2006 Gold medal para hockey team, and was in 3 Paralympics, and five world championships. Rosen reports that he suffered 9 concussions during his professional career. Currently, Rosen is a motivational speaker and leading Ambassador for StopConcussions.